Join 104.5 Fresh Radio in raising awareness for Pink Shirt Day and putting an end to bullying by wearing pink on

Pink Shirt Day is a national anti-bullying campaign, now in its 10th year.

Every February, Canadians, regardless of their station in life, put on a Pink Shirt to let everyone know that they choose to be

Bullying is a problem at schools, workplaces, homes and over the Internet. Join us by raising awareness for Pink Shirt Day and for putting an end to bullying by wearing pink on Wednesday, February 26, 2020.  Each year thousands of people in Cornwall and S.D.&G. and much more across Canada show their support by donning pink on Pink Shirt Day.  Pink Shirt Day is now an internationally celebrated day, but it’s origins started right here in Canada.

David Shepherd and Travis Price, both of Berwick, Nova Scotia, started the movement, which is now known as Pink Shirt Day, back in 2007.  The pair noticed a grade nine student at their school being bullied because he had chosen to wear a pink shirt to the first day of school.  The boys decided to take a stand against bullying by going to local stores and purchasing 50 pink shirts to wear.  The next day, Travis, David and 48 of their friends wore their pink shirts to school as a unified stance against bullying.

In 2009 many Boys & Girls Clubs across Canada began supporting this anti-bullying movement and have helped spread the word that bullying is NOT OK.  The Boys & Girls Club of Cornwall/SDG began their Pink Shirt Day campaign in 2011 when they decided that they wanted to “Paint Cornwall Pink.”

Shirts are $10 for a t-shirt and $20 for a long sleeve shirt.  They are available at Baxtrom’s YIG & Giant Tiger in Cornwall, MacEwans in Chesterville and Alexandria & Giant Tiger in Morrisburg. 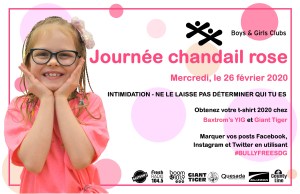 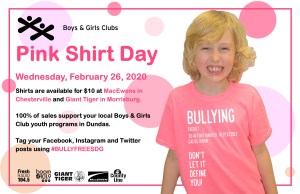 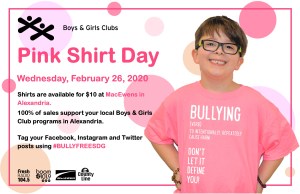 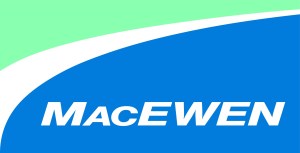