QB David Watford gets the starting call for Hamilton Tiger-Cats

Quarterback David Watford will get the start for the Hamilton Tiger-Cats when they host the Calgary Stampeders Friday night at Tim Hortons Field.

Watford replaced the injured Dane Evans last week in Toronto, and will get the nod ahead of Jeremiah Masoli, who continues to nurse a rib injury that dates back to Week 2.

It marks just the third time since 1954 that Hamilton will have started three different quarterbacks in the first six games of any season.

According to the Canadian Football League statistics department, the Ticats did so in 2014 (Zach Collaros, Jeremiah Masoli and Dan Lefevour) and in 1976, when the club started Jimmy Jones, Randy Mattingly and Rick Cassata.

CHML’s coverage of Friday’s game begins with the pregame show at 6 p.m. and kickoff is at 7 p.m. After the game, catch The 5th Quarter on CHML, 900chml.com and on CHML’s Facebook page.

Star receiver Brandon Banks remains on Hamilton’s injured list and will miss his second consecutive game, which also spells bad news for the black and gold because without the CFL’s 2019 Most Outstanding Player, things have not gone Hamilton’s way. 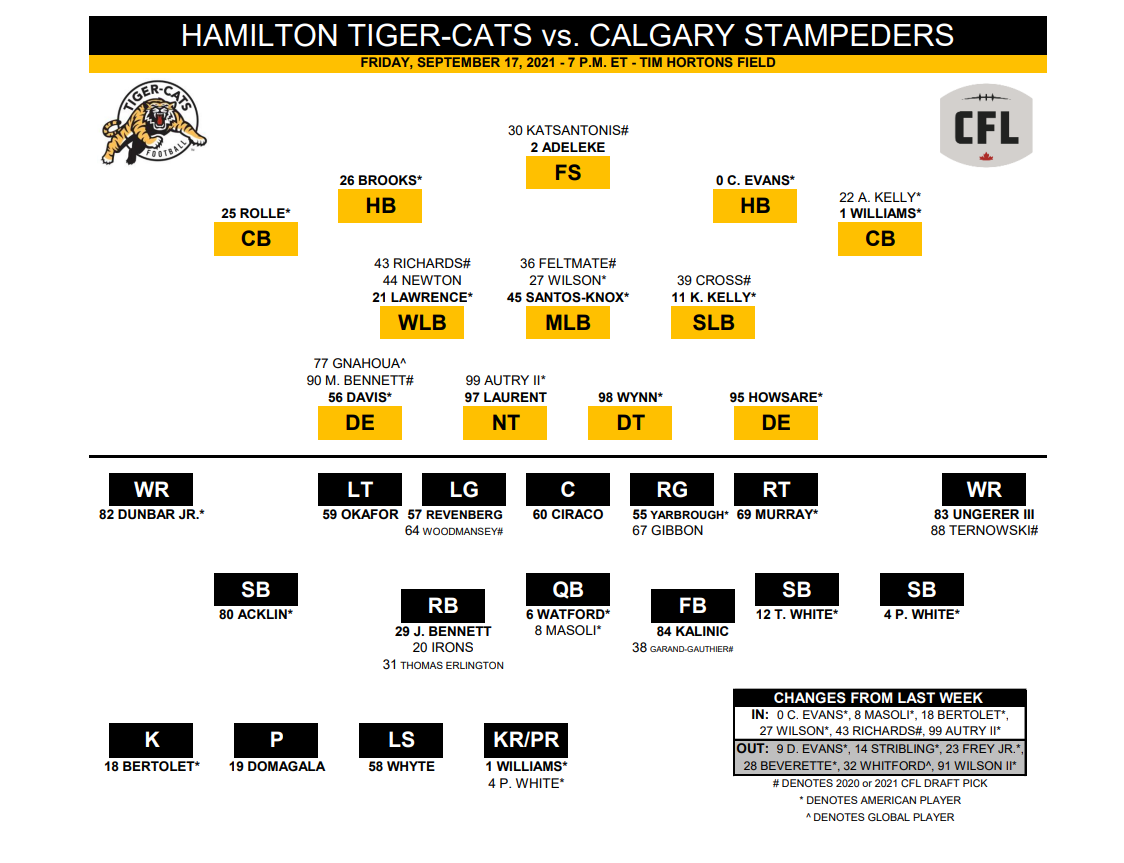 The Cats have won their last 10 games at Tim Hortons Field and they are four wins away from matching the all-time franchise record of 14 straight home wins, which was set from 1957 to 1959.

That streak includes a 30-23 victory over the Stampeders in their last meeting at Tim Hortons Field on July 13, 2019. 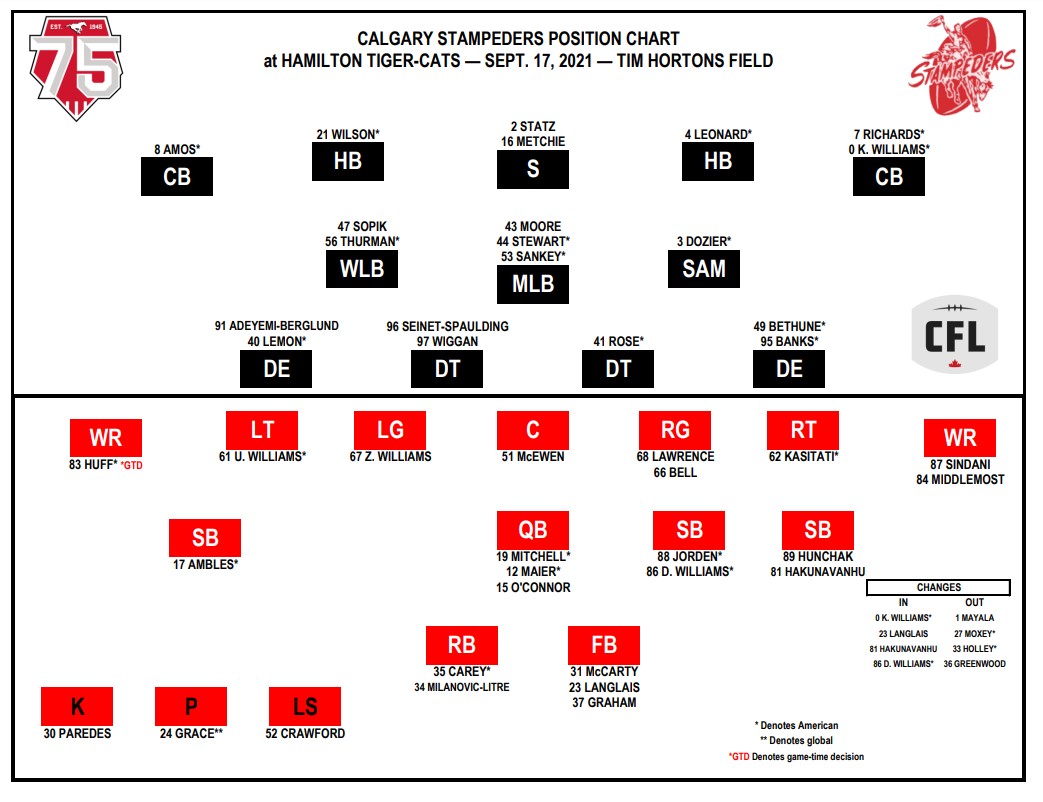 Entering Week 7 of the season, Calgary’s Kamar Jorden leads all receivers with 37 receptions and 516 receiving yards.